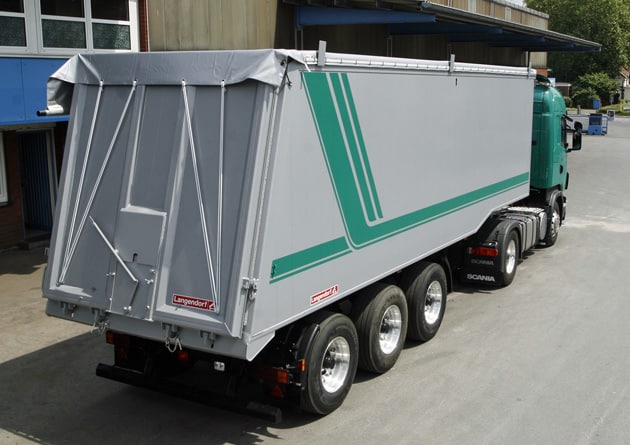 German OEM Langendorf has finished off the 2015-16 Financial Year* with a six per cent plus in revenue.

According to Langendorf CEO, Dr Klaus Strautmann, the company’s trailer building business generated 82 per cent (€42 million) of the €51 million total, with the rest falling to the rental, repair and spare parts division.

“Despite major projects abroad, the export share slightly fell from 45 per cent to 41 per cent,” Strautmann said.

“This is, amongst other reasons, caused by falling demand from Eastern Europe and Turkey.”

Falling exports have reportedly been balanced out by growth in the DACH region (Germany, Austria, Swiss) as well as in France, Strautmann added – pointing out that the increase in production was realised with an unchanged staff count.

“The positive production increase is based on three facts“, he explained. “ A flexible working model that makes it possible for us to adjust our team exactly to the production planning and a strong focus on internal logistics …. to enable quick turnaround times.

“Thirdly, we have noted that customers increasingly put emphasis on vehicles having a long service life at low life cycle costs. For this, [they] are prepared to buy the higher added value of their vehicle at a valuable price.”

For the current Financial Year, Strautmann said the company would further focus on improving processing times from placing an order through to final delivery.