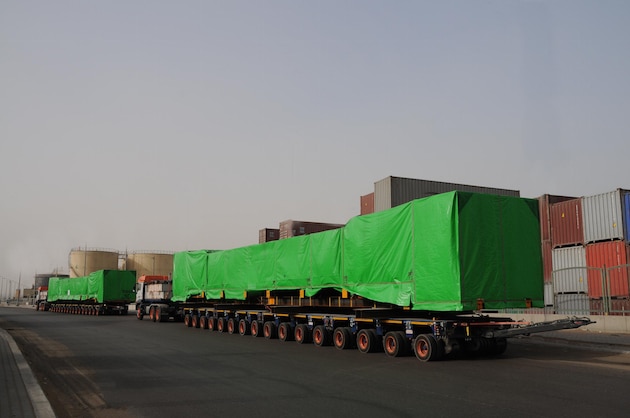 According to Faymonville, UTE will be transporting arriving goods from the port in Adabiya in eastern Egypt to the building sites in New Cairo and Beni Suef, where the country's two largest gas-fired power plants are currently under construction.

According to Faymonville, the power plant components to be transported can weigh up to 190 tonnes.