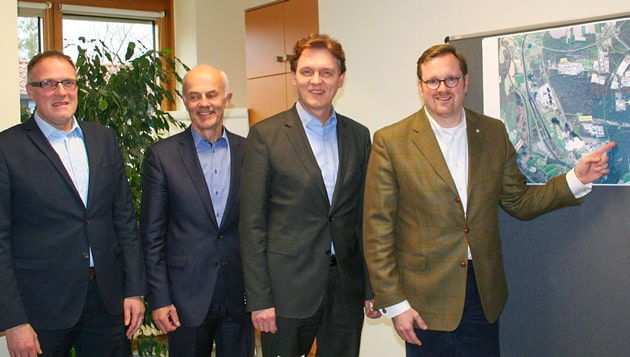 German OEM Krone has announced it will invest some €15 million in a new test centre in Lingen, a small town some 50km south of Werlte, where the company’s main operation is based.

According to Krone, it is planning to use the new facility to test both commercial vehicles and agricultural machinery, as well as its own axles, which are manufactured in collaboration with Gigant, a local specialist company that became part of the Krone Group in 2013.

Bernard Krone, Managing Partner of the Krone Group, and the Mayor of Lingen, Dieter Krone, signed the corresponding agreement at the Lingen city hall at the end of December.

“We have decided to bundle our validation activities within the Krone Group. As a result, we will be building a centre where we can perform the technical quality assurance for all Krone product developments and also process country-specific homologation of vehicles and machinery,” explained Bernard Krone.

Krone pointed out that mega-trends such as autonomous driving have made it necessary to leverage existing synergies across the wider business more strategically.

“In both … agricultural machinery and commercial vehicles, the Krone Group faces ever-stricter legal requirements, as well as increased demands in terms of quality, functionality and user-friendliness,” the company elaborated in a press release.

“Particularly in light of growing digitalisation and the increasing complexity of agricultural machinery and commercial vehicles, Krone wants to meet these requirements even better and therefore decided to build the new validation centre.”

It is also planned to link the new 13-hectare facility to the local University.

Construction is expected to commence in the spring of 2018.