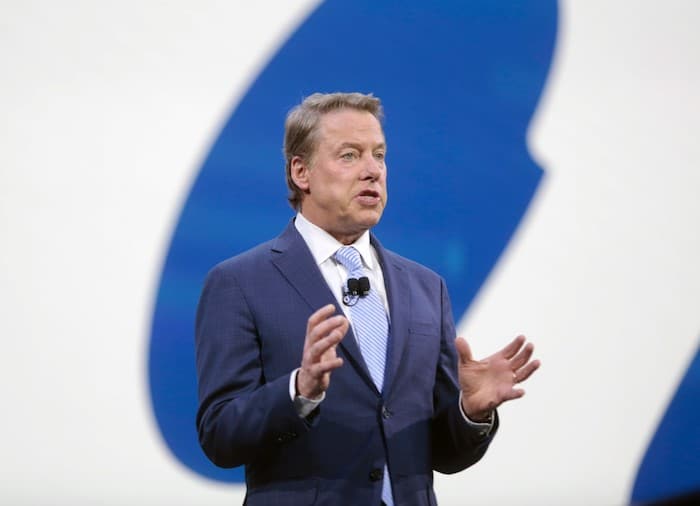 Ford said that electric vehicles and hybrids will play a large role in the new world of shared mobility and, as such, the automotive company is investment US$4.5 billion ($6 billion) to develop 13 new electrified vehicles by the end of the decade. Also in development is a fully autonomous vehicle, expected to be out in 2021.

“It’s an arms race,” Ford said. “There’s different ways to play this game…It’s conceivable that all of [the players] carve out a little bit of this.”

Ford shared that in the future, the company will move beyond selling cars and trucks and invest heavily in mobility services such as ride-sharing and partner with cities to solve congestion problems. He stated that his ultimate goal, beyond making money for the company, is to improve people’s lives and create environmentally friendly products.

Ford said, “I think this is a huge opportunity for companies. It's going to create revenue streams and business opportunities the likes of which we've never seen.”

The company has predicted it could make profit margins of up to 20 per cent on new services, more than double what it makes selling new cars and trucks, Ford said, but getting to that point won't be easy.

“We're going to need to make choices, and some of those choices are going to be wrong,” he said. “We have to accept that.”