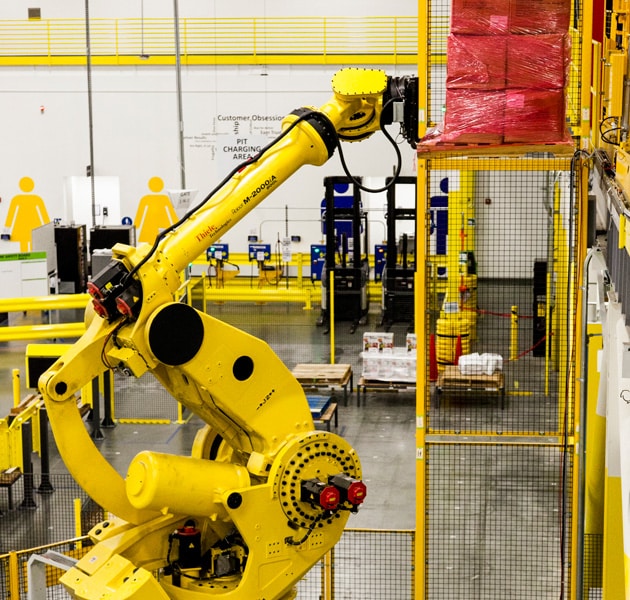 Amazon has reportedly filed a patent for a flying warehouse to support the company’s drone delivery technology, CNBC reported at the end of December.

Referring to a patent filing from April 2016 that was not publicized by Amazon at the time, CNBC said the US e-commerce giant was picturing the airborne fulfilment centre (AFC) to float at an altitude of 45,000 feet (ca. 13,000m) – much like an airship or blimp.

Drones would be able to access the flying warehouse to carry out local deliveries within minutes, for example to supply food or merchandise to fans at a stadium, CNBC reported.

“When a customer places an order, a drone or unmanned aerial vehicles (UAV) will fly down and deliver the package. Amazon insists that this would require little power because the drone would be gliding down rather than having to take off and land,” CNBC’s Arjun Kharpal reported.

“Amazon's filing explains that the blimp would remain in the air and be refueled and replenished using a shuttle. This could be a smaller aircraft capable of docking onto the AFC and unloading products as well as fuel.”

I just unearthed the Death Star of #ecommerce via @cbinsights… AMZN patent for airborne warehouses at 45K ft spitting out delivery drones pic.twitter.com/qEz2ilUtJP

Whether or not the plan is feasible may be up for debate, though, according to US logistics news service, Heavy Duty Trucking. “The logistics of placing a large blimp thousands of feet above a populated area for long periods of time would require regulatory approval, not to mention the fact that Amazon’s drone delivery system is still in its infancy.”

In July, Amazon had already caused headlines with a patent that revealed it was thinking about using tall buildings and structures such as lampposts or churches as docking stations for drones to recharge.

Another patent described how drones would “talk” to each other to plan routes and communicate.

In the UK, Amazon officially delivered its first package by drone in December, and the company said that it expected to expand trials in the near future.