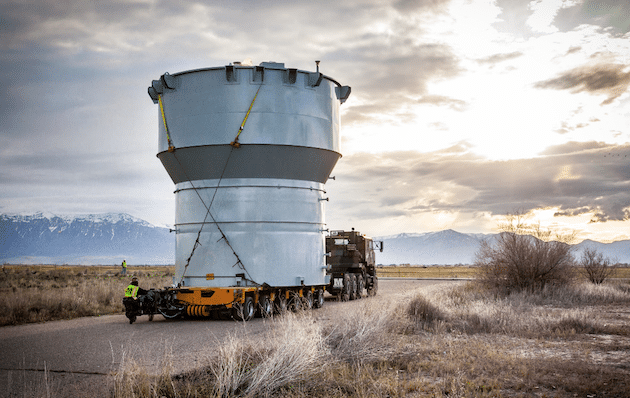 Compass Minerals is a Kansas-based chemical product producer that makes use of the nine-meter high, eight-meter wide tanks to store sulphate of potash and magnesium chloride.

A Grove GMK 7550 crane placed the tank on a six-axle heavy-duty Goldhofer modular trailer towed by an Osh Kosh M1070 prime mover. According to Goldhofer, the tank's high centre of gravity made weight distribution problematic, requiring eight chains, two at the bottom and two on either side of the cover to secure.

The local utility company used poles to temporarily raise the power cables for extra clearance, while a crane was used to lift the separator over the six-meter high pipeline and set it back down on the heavy-duty modular trailer on the other side.