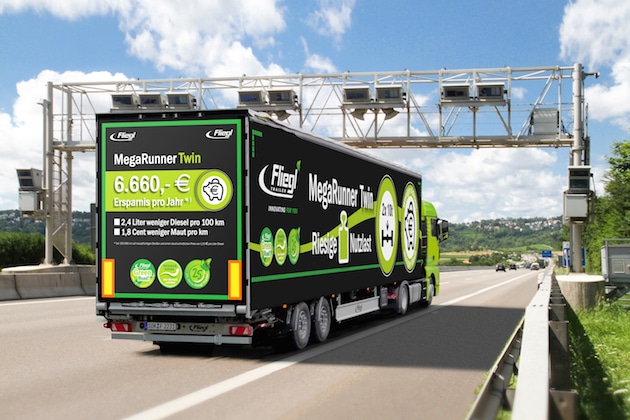 One of the most prestigious prizes of its kind in Europe, the GSA has been recognising “outstanding achievements” in sustainability since 2008.

According to the GSA jury, Fliegl's sustainable trailer designs show the greatest resource efficiency from the company.

“Low empty weight and aerodynamics packages of Fliegl tippers reduces fuel consumption, and therefore C02 emissions by up to 10 per cent, while high payloads increase transport capacity and optimise trailer utilisation,” the jury said in a statement.

“At the end of a trailer's use, Fliegl offers a trade-in to repair and re-use the vehicles. If this is not possible, the trailers are recycled. At least 95 per cent of the trailer is recycled.”

Fliegl Managing Director, Helmut Fliegl, passed praise on to the Fliegl employees when presented with the award.

“We stand for transporting goods with as little pollutant, fuel and waste as possible. For that, I thank my employees,” Fliegl said.

The GSA jury said Fliegl shows that medium-sized businesses can set new benchmarks in their respective industries, and sets a good example for the traditional automotive and technology industry in East Germany.

According to the GSA jury, Fliegl also deserved the award for its holistic approach to resource efficiency, which targets water, energy, paper and waste.

The water sustainability efforts include using rainwater for truck washing and toilets, and on site hot water is generated through the solar systems and air compressors.

From its combined power plants and solar power, Fliegl produces three times more energy and electricity than it needs and has also added a new biofuel heating plant, which has reduced its oil consumption by 50 per cent and fully utilises the waste wood.

Fliegl saves on paper by using electronic invoices and online data management and has encouraged its suppliers to switch from single-use to reusable packaging, which it also saves on waste through the investment in a garbage press, which saves on 20 refuse vehicle trips per month.

The presentation took place at a gala awards ceremony as part of the German Sustainability Conference in Düsseldorf this November.