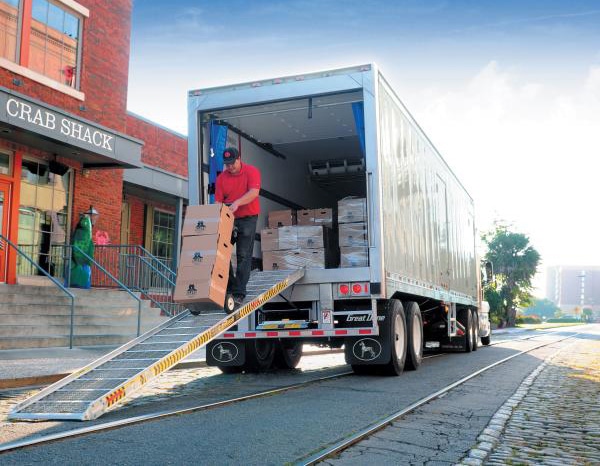 US trailer manufacturer Great Dane has introduced new light and camera features to improve the safety of its Everest model refrigerated trailers.

The ASA Electronics wireless camera system is reportedly the industry’s smallest rear-mounted camera powered by wireless auto-pairing technology. It features an embedded microphone and gives drivers increased awareness of its surroundings with detailed images for a minimum of 6.5m behind the trailer and 2.5m to each side.

The Grote exterior perimeter lights feature LED technology with TIR lens optics to maximise efficiency, while its motion sensor dome lights have a passive infrared (PIR) sensor that automatically turns on when movement is detected, creating a safer workspace. The sensors shut off the light to save energy when no one is monitored.