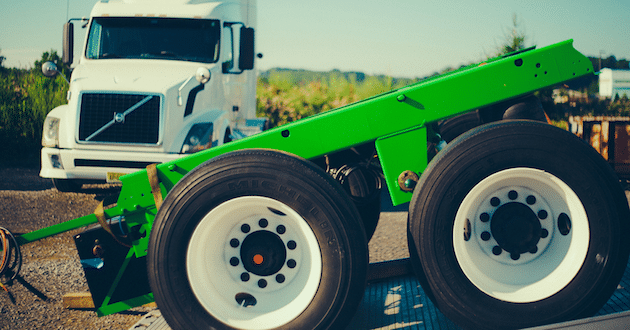 US company, Hyliion, has developed a hybrid-trailer system that uses regenerative braking via an 'Intelligent Electric Axle' to reduce fuel use by a reported 30 per cent.

The regenerative braking system is said to be able to store energy within lithium-ion batteries and act autonomously to read the road and automatically propel the trailer without any driver interaction.

“We’ve invented a way to remove the critical load off of an internal combustion engine, right when it needs it most – as it’s going uphill,” Hyliion said in a statement.

“We capture energy from braking and coasting downhill so it can be reused later – saving over 30 per cent on fuel costs. Rather than interface with all the different [truck] manufacturers out there, we created a simple and universal solution with a standard piece of equipment: the trailer suspension.”

To eliminate engine idling at rest stops, the Hyliion system can be used as an electric Auxiliary Power Unit to provide 20 hours of power for electrical needs such as air conditioning.

The system gathers data on fuel reduction, vehicle speed, and trailer location, weight and stability, making the information available for the user to monitor through a dashboard application to improve company logistics.