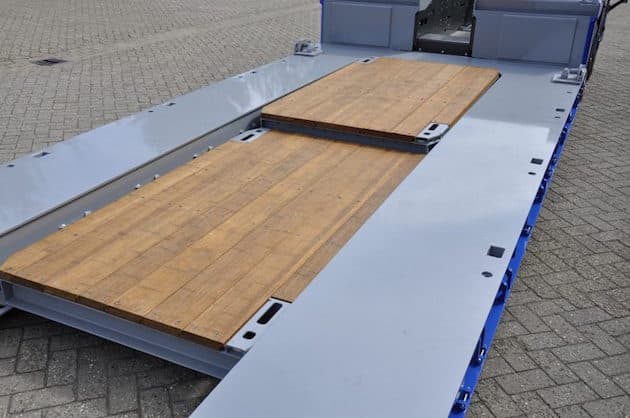 Dutch heavy equipment specialist Nooteboom has revealed the results of a two-year long trial to replace the wood in its trailing equipment with bamboo.

According to Nooteboom, with the results of the trial have revealed numerous advantages in weight, price and durability of the composite bamboo when compared to hardwood floorboards.

The trial was prompted by the increasing scarcity of trees to source hardwood, which take between 35-50 years before they are mature enough to harvest. Bamboo, meanwhile, can be harvested after five years of growth.

“An important starting point was that the alternative had to be equally as good as the current floors but preferably it would have even better specifications for application in abnormal transport. From this investigation bamboo composite emerged as the best alternative,” the Dutch OEM said.

One advantage of bamboo is its low weight. A floor thickness of 30mm, bamboo is 100-300kg lighter per m3 than hardwood, which is approximately how much is used in the floor of a flatbed semi-trailer, Nooteboom said.

“This trend is expected to grow in the coming years especially since in the future the difference in price will become smaller and this composite floor will be developed further.”