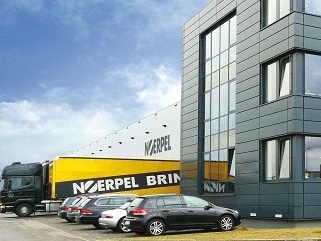 Southern German logistics company, Noerpel, has invested in an order of over 155 new trailers from German trailer OEM Kögel, bringing its total fleet total to 500.

Between the end of September and December this year, Kögel will deliver 100 semi-trailers and 45 Box dry freight trailers across the 13 Noerpel facilities in Germany, which will reportedly be used for general freight.

“Growing our fleet with the brand new trailers is a reaction to the growing demand of international road transport,” explained Noerpel Business Manager, Frank Irslinger.

According to Kögel, all 155 trailers are equipped with the Kögel trailer telematics system to provides Noerpel with real-time access to trailer EBS, positioning and semi-trailer data.

The Noerpel dry freight box bodies are equipped for double-level loading with guide rails and 23 loading bars with a load capacity of one tonne each. This allows variable level loading of up to 33 Euro pallets with a maximum weight of 670kg per pallet. Additional individual equipment in each trailer includes reinforced steel rubber bumpers, a reinforced front wall interior and combined anchor rails.

One trailer will be emblazoned with special lettering to celebrate the 80th birthday of Hartmut Noerpel-Schneider, altering the company's slogan NOERPEL BRINGT’S (NOERPEL DELIVERS) to HARTMUT BRINGT’S (HARTMUT DELIVERS) in honour of the company owner.

Noerpel reportedly plans to invest in a further 100 Kögel trailers by 2018.