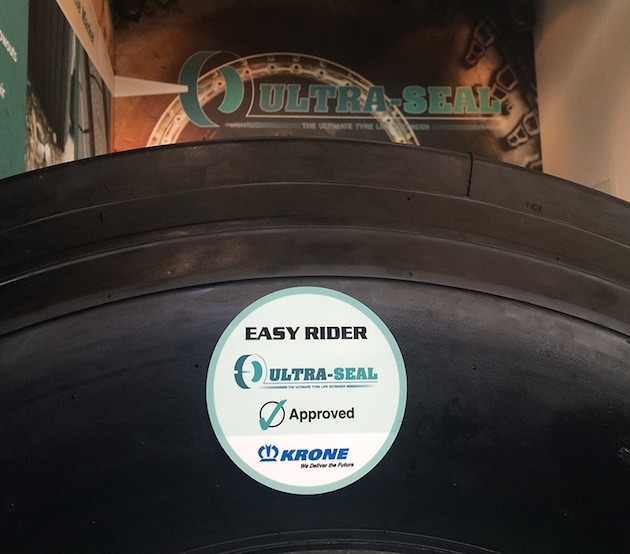 All tyres across the entire Easy Rider range of sizes are now rated to five tonnes and rolling resistance has been minimised for improved fuel consumption.

The 385/65 R 22.5 trailer tyre is now an “A-labelled” Easy Rider for the best possible fuel consumption, while the new Easy Rider K 311 can contribute fuel savings of up to 0.5 litres per 100 kilometres with a full load on the three-axle unit, Krone said.

The Ultra-Seal will reportedly protect the Easy Rider tyres from leaks, punctures and blowouts, by sealing most punctures as they happen, achieving a permanent repair. According to Ultra-Seal, it also ensures heat reduction, extends tyre life by keeping the air pressure in the tyre, minimises tyre wear and reduces fuel consumption.

Krone will start filling Easy Rider tyres with Ultra-Seal as a factory fitted option from its OEM trailer facility in Werlte.

Krone is the first European OEM customer for US-based Ultra-Seal since its European launch in June 2016, which has been extensively tested over a nine month period by Danish transport company DSV Road Holdings and is also in use by Belgian rental fleet ICTS, Swedish hauler Ancotrans and TIP Trailers Sweden.