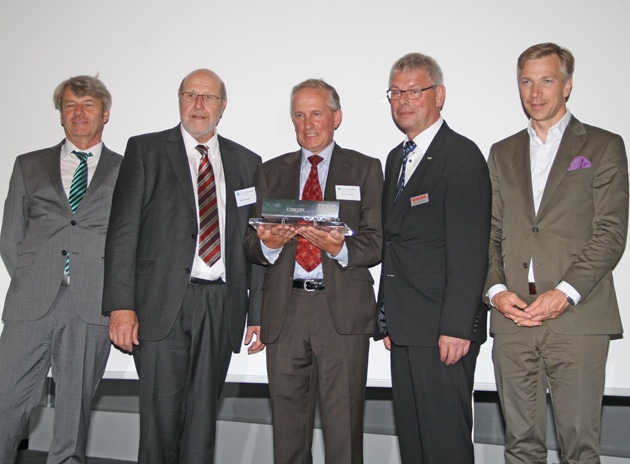 The 2017 Trailer Innovation Awards have been announced in a special ceremony during the IAA Commercial Vehicles Show in Hanover, Germany, last month.

German refrigerated trailer specialist, Kiesling, won the prize in the 'Body' category for its HD-Flitzer, a last mile delivery vehicle which reportedly allows faster loading and unloading thanks to a new, modular loading system. The 2017 Innovation Award is Kiesling's third such accolade, having also won the Prize in 2011 and 2004.

The prize in the Chassis category was awarded to SAF-Holland for its new TRAK axle. According to SAF-Holland, the hydraulically driven axle prevailed over numerous competing products due to its ability to optimise trailers in the nine-tonne standard range in on-road and off-road use – in particular for tippers and sliding floor vehicles.

German heavy-duty component expert, BPW, won the 'Components' category for its AirSave tyre pressure control system – an autonomous system installed locally in the wheel hub that can automatically trigger a correction to continuously maintain the ideal pressure in the trailer's tyres to defined set pressure in every tyre.

Swiss company, Innovatrain, won the Prize in the 'Concept' Category for its ContainerMover system. Designed in collaboration with Wecon, the ContainerMover uses compressed air to lift containers to laterally move swap bodies or containers from rail platform to trailer chassis via remote control.

Refrigeration specialist, Carrier, was awarded the 'Environment' Award for its new generation of refrigeration units that use CO2 in a closed-loop system. CO2 is a safe and non-ozone depleting gas with a global warming potential (GWP) of one, compared to the standard refrigerant R404a GWP's rating of 3,922.

The 'Safety' category's Prize went to trailer OEM, Kässbohrer, for its Safety Bitumen Tanker model K.STS SS 32, designed in collaboration with Hoyer Bitumen-Logistik. The remote control system can be operated from a six-metre distance and can safely manage bitumen up to 200˚C.

German OEM, Krone, won the 'Smart Trailer' award for its Telematics Loading Recognition technology, which uses 3D cameras to assess in real time how much loading space is occupied in the trailer and report the result back to head office.