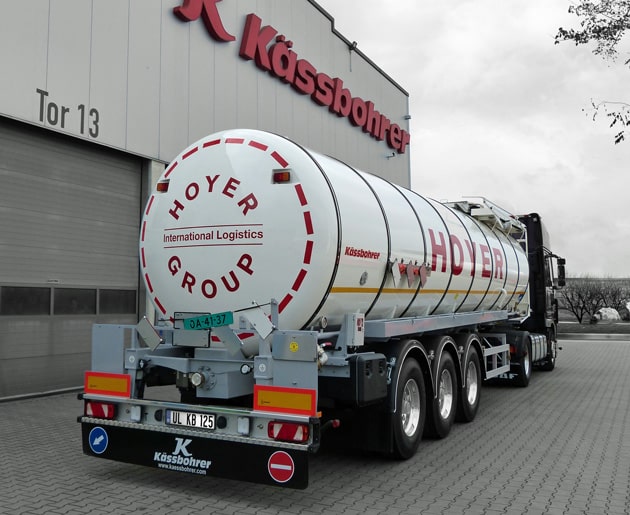 A week before the official award ceremony, it has leaked that German OEM, Kässbohrer, has secured a Trailer Innovation award in recognition of a new safety concept for the K.STS SS 32 bitumen tanker model.

The award-winning trailer has been designed in collaboration with Hoyer Bitumen-Logistik in a move to “improve European best practice for occupational health and safety, as well as discharge operation safety, and efficiency in general,” Kässbohrer told Global Trailer.

“The electronic discharge automation system installed on the K.STS SS 32, along with additional security features, not only protects the driver, [but also] increases security on-site. The result are safer working conditions and lower risks.”

Kässbohrer’s Executive Board Member, Iffet Türken, commented, “The award confirms the success of our policy of engaging in long-term partnerships with industry constituents to ensure sustainability and to provide added value to the transport industry.”

The award ceremony will be held on 23 September at the Convention Centre in Hanover as part of the 2016 IAA Commercial Vehicles Show.