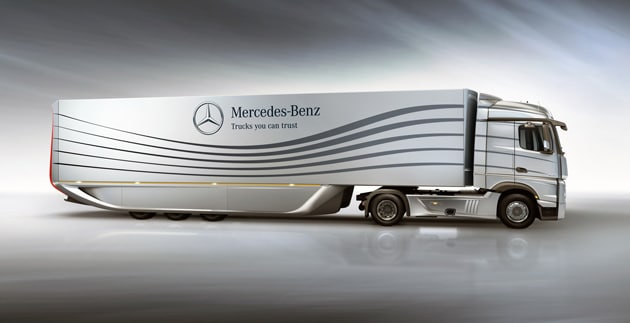 According to a new study into the adoption of products and practices for improving freight efficiency in North America, aerodynamic devices are the least accepted type of fuel-saving method.

Published by the North American Council for Freight Efficiency (NACFE), the study is covering the acceptance of some 69 currently available technologies to improve transport efficiency among 17 major North American fleets, ranging from truck and trailer aerodynamics through to tyre management and idle reduction.

According to NACFE, trailer aerodynamics proved to be the least fuel-saving method among the fleets involved, with an adoption rate of about 21 per cent indicating that growth in the young segment is still widely regulation-driven.

“The NACFE study shows that the 17 participating fleets didn’t begin to adopt trailer aerodynamics until 2008, just about the time that a state law in California required the adoption of fuel-saving devices on trucks,” commented Tom Berg,
Senior Editor at US industry publication, Truckinginfo.

“That’s also when the Air Resources Board announced that it would write rules to enforce the law. CARB’s rules phased in beginning in January 2010 and the rest, as the cliché goes, is history.”

With the US Environmental Protection Agency (EPA) and the National Highway Traffic Safety Administration (NSTHSA) jointly publishing a new set of Greenhouse Gas regulations for commercial vehicles last month, the study could indicate that another legislation-based adoption wave is near, as certain trailer aerodynamics are expected to be mandated going forward.