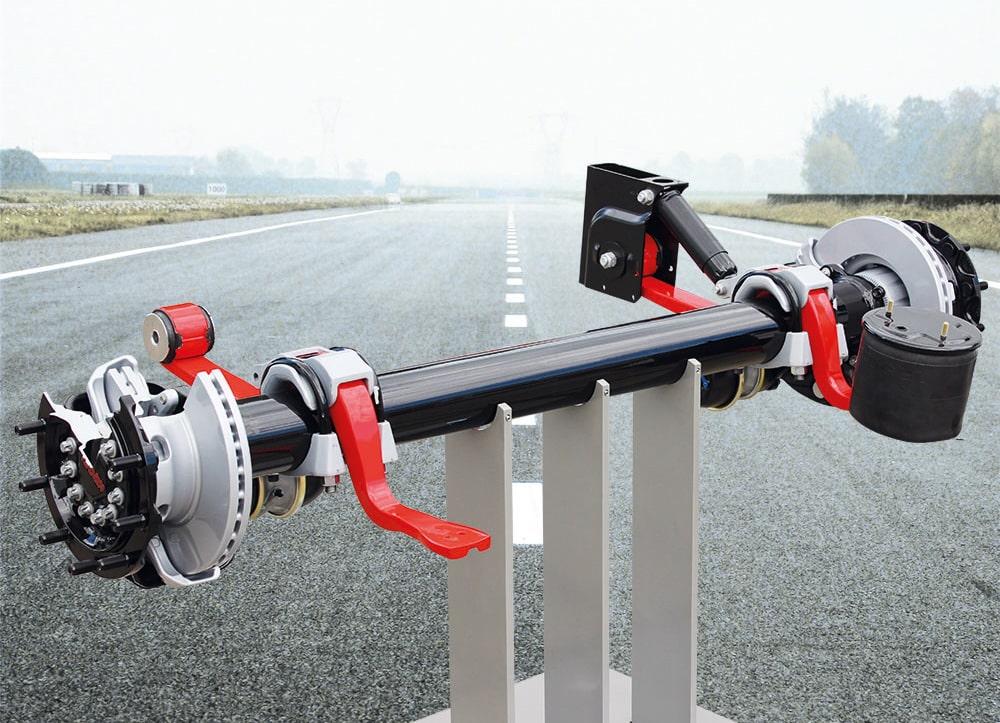 Kögel has announced it will be the third major German OEM to launch a captive trailer axle range.

First teased at the 2014 IAA Commercial Vehicle Show, the Kögel Trailer Axle (KTA) will officially go on sale at the end of September, when the 2016 edition of the Show commences.

“This makes the Kögel trailers not only stronger, but also extends their service life due to higher levels of engineering expertise on the axle.

The final design of the new axle and suspension package has reportedly taken into account visitor feedback from the 2014 outing, Kögel explained.

Based on a classic U-bolt design, the KTA’s axle tube is enclosed by a spring steel trailing arm at the top and two axle spring seats at the bottom. Both trailing arm and axle tube can be replaced separately.

What’s more, a rubber metal bearing is meant to absorb both axial and transverse force at the interface between the bracket and trailing arm – effectively making for what Kögel calls a ‘double suspension’.

“At the last IAA exhibition, we listened carefully to our customers. That is why we have employed the expertise of reputable suppliers in our new and revised KTA Kögel trailer axle, in addition to our own knowledge”, summarised Thomas Eschey, Managing Director of Production and Technology at Kögel.

“With the KTA, we now have an axle unit on the market that is ready for series production, and fulfils our customers' requirements for a low-maintenance and reliable product as well.”

In 2014, fellow German OEM Krone had launched its own axle and suspension package at the Hanover Show, following the example of Schmitz Cargobull, which came to market with a captive axle as early as 2005.