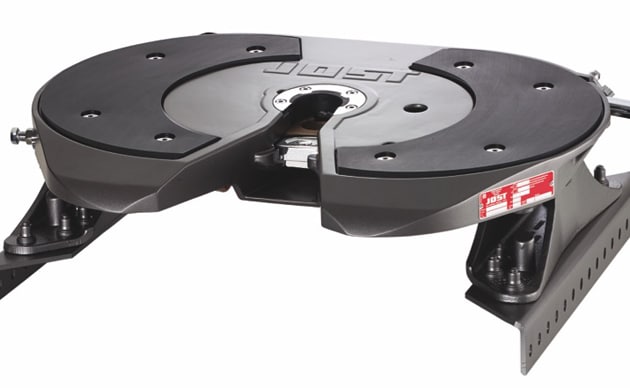 Fifth wheel specialist, Jost, has announced the launch of a new ‘superlight’ model, which will be on display at IAA in Hanover, Germany.

The newly developed JSK 34, to be used with 2“ king pins, was reportedly designed with the weight sensitive tanker industry in mind.

According to Jost, the new system, which entered Volvo’s serial production in June, is said to be especially low maintenance due to Jost’s integrated LubeTronic1Point lubrication system, and can reportedly save up to 40kg per truck, depending on the application.

“The JSK34 can be mounted directly on the frame due to a new kid of hybrid bearing that is said to be “particularly robust and gentle on the frame,” Jost said. “For maximum driver safety, the JSK 34 can be used with a single hand.”