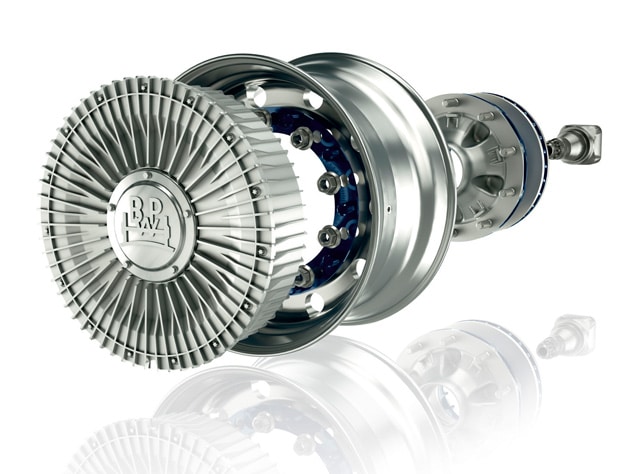 BPW has announced it will present an electric trailer axle at the IAA Commercial Vehicle Show in Hanover this September.

Designed as a “practical solution for electric power generation on a trailer”, the company's so-called ePower axle is based on a set of two wheel hub generators.

According to BPW, the system is particularly suitable for supplying power to refrigerated vehicles: “With just one axle equipped with two ePower wheel hub generators, enough energy is generated during the braking process to operate the refrigerated box,” the company said.

“This reduces diesel consumption by about 2,500 litres per year.”

Even with an additional battery for the interim storage of energy, BPW said its ePower axle is weight-neutral when compared to cooling by means of a diesel generator. According to BPW, the system is self-sufficient and can be mounted on existing axle designs.