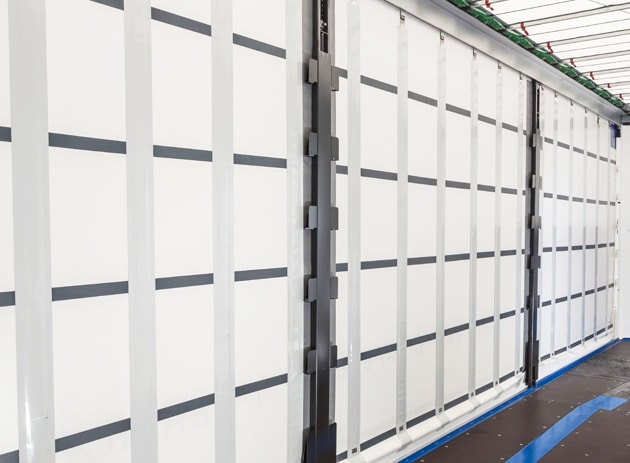 According to Krone, the Safe Curtain is built using high-strength spring steel strips integrated in vertical Polyvinyl chloride (PVC) tunnel pockets in the side curtains.

“With this technology, Krone offers you a load securing system using the side curtain, meaning that the classical plug-in lathes can be dispensed with,” the company said.

“The advantage: Handling the Safe Curtain is not only simpler, safer and quicker, but also – compared to conventional side curtains with plug-in lathes – there is a weight saving of around 90kg.”

In addition, Krone said customers can also benefit from the integrated spring steel strips that take on an anti-theft function in the vertical direction. “If the curtain is deliberately cut, it is only possible to cut to the next spring steel strip,” Krone said.

“Repairing the curtain is also just as simple as repairing a standard side curtain. In addition, work-related accidents caused by plug-in lathes falling become a thing of the past.”

According to Krone, the new safety curtain can be retrofitted to all existing Krone sliding curtain superstructures.