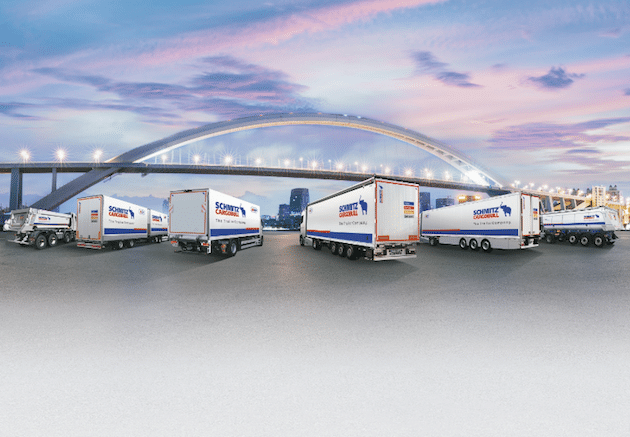 “Once again, the important volume markets of Western and Central Europe grew by more than 20 per cent,” reported Andreas Schmitz, who took over as Chairman of the Management Board at the beginning of the new business year on 1 April 2016.

Defending its position as the top-selling trailer brand in Europe, Schmitz Cargobull reported an order intake over 53,800 units and an average of 5,200 employees.

€4 million was invested in equipment for the Altenberge plant across the business year, including new decoiling and laser cutting facilities for chassis blanks.

The outlook for FY 2016/2017 falls just shy of the last year’s reported 50,000 at 47,000, however Schmitz added that the number is a ‘conservative plan’. “Unless the current demand receives an unexpected dampener, this target could be clearly exceeded,” said Schmitz.

The start of the year since 1 April to the end of June 2016 has already seen orders received in France, Spain, Italy and the UK about 25 per cent above target at around 16,000 units.

A large order from Lithuania for more than 540 vehicles (410 reefer semi-trailers, 130 curtain-siders), as well as more than 20 per cent growth in Poland and the Czech Republic, reportedly give an indication of the “robust development” in Central Europe.

“In spite of general economic uncertainty, the demand for trailers has developed very positively in Central and Western Europe since the new year began,” reported Sales Director, Boris Billich.

In Russia and Ukraine, the situation continues to be difficult, where the trailer market has experienced a severe slump following the restrictions for transport companies, as well as the Ukraine crisis and the declining revenues from raw materials.

“Nevertheless we see great opportunities for the Russian market in the longer term and therefore will remain active there,” said Schmitz.

*Schmitz Cargobull's business year stretches from 1 April to 31 March. Final figures for 2015-16 will be published at the end of September 2016.