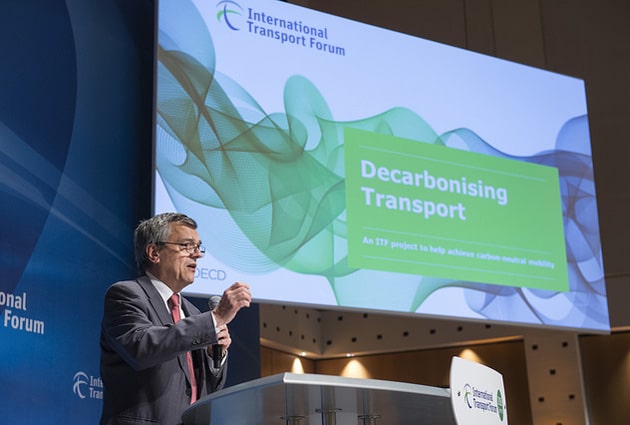 Following the official launch of the International Transport Forum’s (ITF) Decarbonising Transport (DT) project during a global Summit of Transport Ministers in Germany last month, the United Nations Framework Convention on Climate Change (UNFCC) has now further elaborated on the concept behind the project.

At the UNFCCC’s first-ever technical expert meeting on transport, Jari Kauppila, ITF’s Head of Statistics and Modeling, explained how the DT project will help the world community achieve a “commonly acceptable pathway to carbon-neutral transport”.

He explained that the DT project will take a data-driven approach and apply computer modelling over all transport modes to simulate technological evolution, alternative policy paths and outcomes.

The DT philosophy was echoed in the discussion, notably by the representative of Morocco, host of the upcoming COP22 meeting, who emphasised the need for “clear evaluation criteria to evaluate actions” and the fact that “nothing can replace conversation between all the actors”.

Next week, the Decarbonising Transport project will be presented to the Union for the Mediterranean (UfM), an intergovernmental institution bringing together 43 countries of the region.