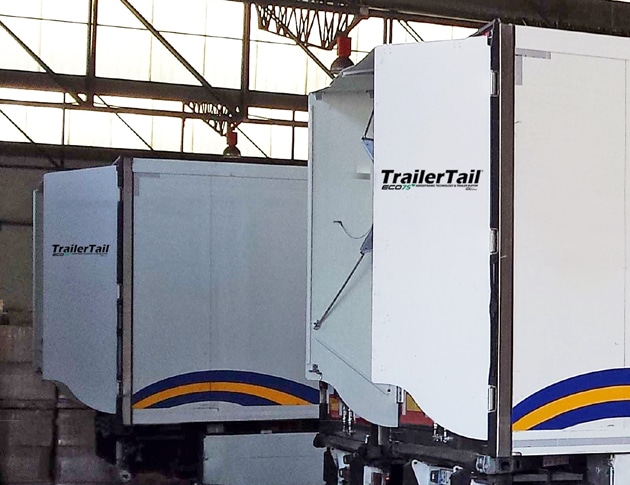 US company Stemco has reached a corporate milestone with the sale of 50,000 TrailerTail rear tail trailer fairings.

TrailerTail’s patented design can increase fuel efficiency by an average of 5.5 per cent and improve stability and visibility for drivers, according to Bob Montgomery, Vice President of Stemco’s ‘Innovative Tire & Mileage Solutions’ group.

Montgomery also noted that TrailerTail technology streamlines the airflow around a prime mover and mitigates the low-pressure suction drag that reduces fuel efficiency and creates turbulence.

Originally developed by Californian start-up ATDynamics, Stemco started producing the TrailerTail product at its own facility in Longview, Texas, in late 2015.

In 2015 alone, the company sold more than 13,000 units to over 450 customers, equating to more than nine million gallons of combined fuel savings — or approximately $18 million.

“We saw tremendous demand for the TrailerTail in 2015, even with lower fuel prices,” Montgomery said. “As the price of diesel begins to creep back up, and fleets begin to put a greater focus on fuel and energy savings, we expect to see even higher sales of aerodynamic solutions like the TrailerTail.”

Demand for the TrailerTail is expected to increase in 2016 in the US, as well as in Canada, where Quebec Transport Minister Jacques Daoust recently signed a decree approving the use of foldable aerodynamic fairings in the province.