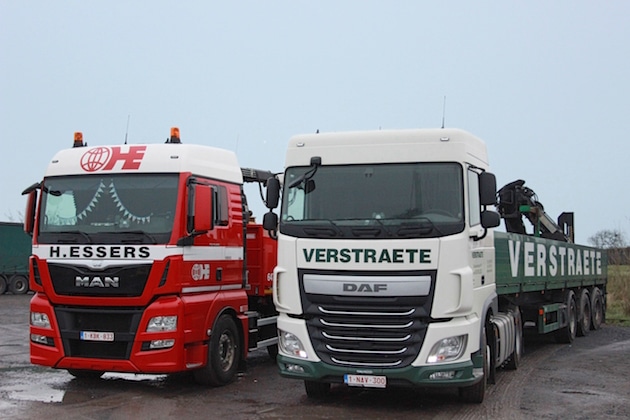 According to H.Essers, Verstraete’s activities are situated in two market segments: the transport of building materials, and utility logistics including installations and storage of related spare parts.

According to H.Essers, the takeover will allow the company to further develop in the market for utility logistics utilities, infrastructure, construction and event logistics, which it currently services through its sister company, Geertrans-Hellings.

The takeover also reportedly will allow H.Essers to expand its geographic reach, as Transport Verstraete mainly provides regional transport in the western provinces and in the northern France market, whilst H.Essers is active in the eastern provinces of Belgium, the Netherlands and Luxembourg.

H.Essers announced that the Verstraete family will also remain actively involved in the company after the takeover, as will the 62 remaining employees of Verstraete and the fleet – consisting of 56 tractors and 76 trailers.