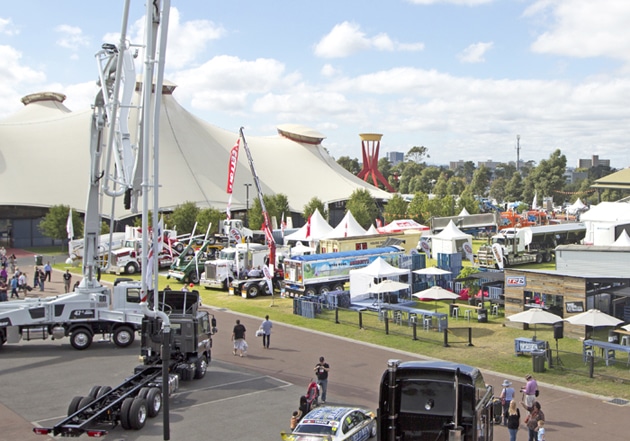 The International Truck, Trailer and Equipment Show (ITTES 2016), the largest logistics and transportation event in the Southern Hemisphere, will take place next week in Melbourne, Australia from 5 – 7 May.

According to Show organisers, the event is expected to attract more than 30,000 visitors, with over 350 exhibitors taking part.

More than 190,000 square metres of the Melbourne Showgrounds will be transformed into a true technology playground, featuring the latest and most innovative products in the commercial road transport, waste management, and roads & civil works industries.

Highlights of this year’s event will include a Careers & Education Pavilion for visitors seeking future employment within the industry. “Australia’s transport and logistics industry is facing a staffing crisis, with two out of three employees now 45 and over. The sector is ageing more than twice as quickly as the rest of the economy,” said ITTES Show Director, Simon Coburn. “The issue is so pressing that for the first time, ITTES will be dedicating significant efforts to recruiting young talent into the industry via a Careers & Education Pavilion.

“The Pavilion is welcoming tours from students as young as primary school, right through to TAFEs and young graduates, with the aim of attracting more fresh talent into this important field.”

In an Australian-first, ITTES 2016 will have a live Test Track area, offering visitors the chance to witness and experience the capabilities of heavy vehicles in action.

Meanwhile, for the second time ITTES 2016 will host Australia’s richest Show and Shine competition. “This spectacular event will display and judge the country’s most impressive customised trucks based on showmanship, build quality and design, with a massive pool of $30,000 in cash and prizes on offer,” Coburn added.

To cap off a busy three days, the Australian Trucking Association will feature its award-winning mobile exhibition. The $1.3 million community outreach program is a mobile education centre on safety and trucks.

Tickets to the 2016 edition are still available and selling fast.