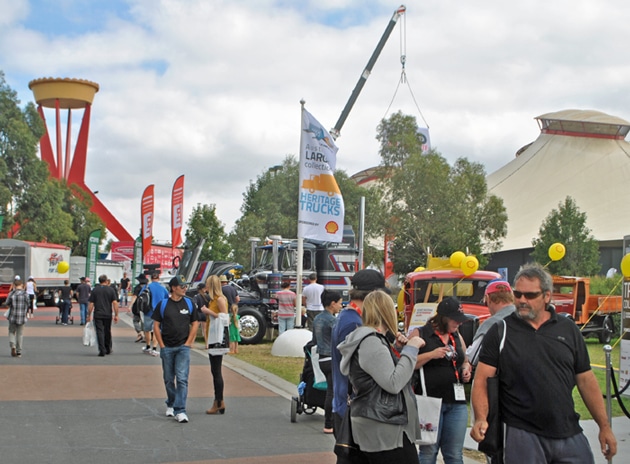 Organisers of the upcoming International Truck, Trailer & Equipment Show (ITTES 2016) have confirmed that the event will again have a distinct global edge, with a multitude of overseas exhibitors traveling to Melbourne in May.

According to Show Director, Simon Coburn, the 2016 edition of the Show will be sure to live up to its name: “The Melbourne Truck Show has become well known for bringing in market leaders from across the world to the country, and the 2016 edition will be no different,” he said.

“Although Australia can be considered somewhat isolated globally, the tyranny of distance hasn’t deterred leading trailer OEMs and equipment brands from bringing their best innovations and equipment down under.”

Returning to the show, German trailer building powerhouse Schmitz Cargobull will have its latest innovations for the Australian market on display, while US-German equipment specialist, SAF-HOLLAND, will be bringing over members of its global leadership team as part of its 60th anniversary of doing business in Australia.

From South Africa, renowned tanker OEM, GRW Engineering, will display its first ADR-approved 45,000-litre, six-compartment semi in Australia, where it will celebrate its world premiere under the Max Tankers label.

Representing Canadian OEM Titan Trailers, Thinwall will premiere a range of all-new, ADR-approved aluminium trailers in Melbourne – including a walking floor semi for the waste industry and a B-double grain hopper combination.

More than 20 Chinese exhibitors have booked spaces in the Show, joined by Malaysian and Singaporean companies eager to show their products and services to the Australian Market.

Thailand’s leading trailer OEM, Panus Semi-Trailers, will also be present in Melbourne, showcasing one of its new drop deck semi trailers at the Show to highlight how it utilises its international experience to benefit the domestic Australian market.

Meanwhile, UK tyre sealant producer, Air-Seal Products, will be sending representatives from its home base to Melbourne, having stated it will use the Show to launch its business expansion in Australia.

“The long list of international OEMs and suppliers that have confirmed spaces to exhibit at the Melbourne Truck Show is sure to draw a crowd of key decision makers from the Australian road transport, roads and civil works and waste industries,” concluded Coburn.