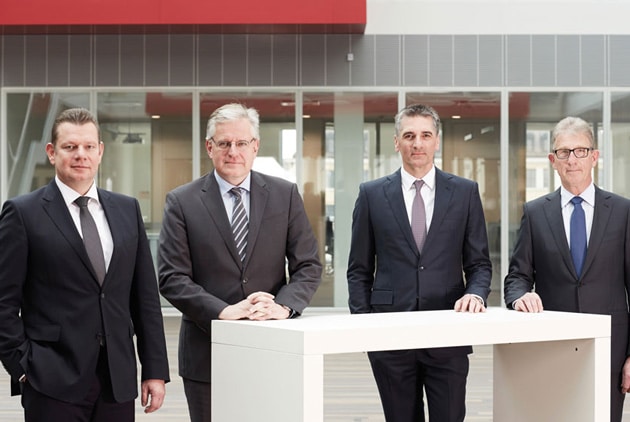 In line with the overall result, the company’s Commercial Vehicle Systems division was able to increase its sales by 12 per cent to a total of €2.49 billion.

According to Klaus Deller, Chairman of the Executive Board, the company benefited in particular from the positive development of the commercial vehicle markets in Europe and North America.

2015 also saw the start of production of brake components and control systems at Knorr-Bremse’s joint venture with the largest Chinese truck manufacturer, Dongfeng. In the future, the product spectrum will also embrace air supply, transmission control, and exhaust brake components for medium and heavy-duty trucks.

“Thanks to our innovative capabilities and clear focus on creating genuine added value for vehicle manufacturers and operators, we have [attained] new record levels in all the relevant indicators, including quality, on-time delivery, and customer satisfaction,” said Deller – pointing out that 2015 not only marked the company’s 110th anniversary, but also the 30th anniversary of the takeover by Heinz Hermann Thiele.

“Thiele’s acquisition of Knorr-Bremse in 1985 must have been the most successful management buy-out in the recent history of German business. He focused the Company on its core business and over the past 30 years multiplied sales by more than thirty times.

“He transformed a failing company into what is now a global market leader by a wide margin in its fields of activity, ideally placed to achieve further above-average growth.”

To safeguard its future, Knorr Bremse has invested more than €1.3 billion in the construction and expansion of production and development facilities over the past five years.

Last year’s key investment was a new Test and Development Centre in Munich. Representing the largest single investment in the Company’s history, the €90 million facility with more than 100 test rigs was completed at the end of 2015.

For the coming year, Knorr-Bremse is anticipating a highly volatile market environment, with regional markets being impacted by great uncertainties. “
These include geopolitical risks, economic crises in emerging countries, and the development of the Chinese economy,” Deller said.

“Irrespective of these challenging background conditions, we consider ourselves outstandingly well positioned to again maintain our leading position on the world’s markets in 2016.”

Deller indicated the company was currently working on the development of a modular, scalable brake control system and a new generation of disc brakes that will enable a reduction in the total cost of ownership (TCO) for vehicle operators.

At the IAA International Commercial Vehicle Show in Hanover in September, Knorr-Bremse will also be displaying new system solutions that support automated driving.