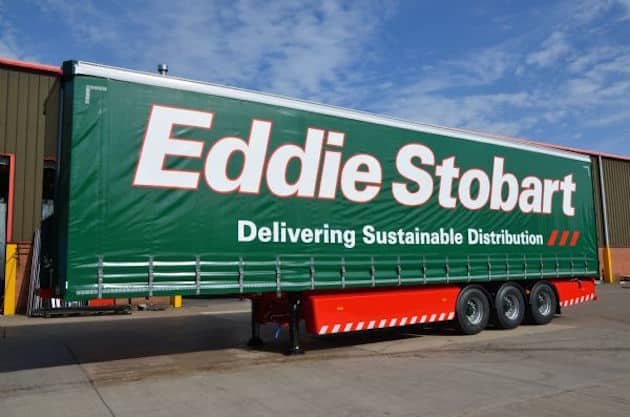 SDC’s KERS curtain-sider utilises a hybrid system consisting of a bank of high-power ultra-capacitors, working alongside an electronically-driven axle to capture energy and use it to re-power the vehicle.

During braking, the motor becomes a generator, recovering kinetic energy that would otherwise be lost as heat and storing it in the ultra-capacitors.

The technology is controlled by an intelligent management system that tracks driver input, in order to control the boost and regenerative braking provided by the trailer.

SDC’s KERS curtain-sider boasts a reduction in fuel consumption and greenhouse gas emissions by up to 25 per cent, and will be trialled by Eddie Stobart following the show.

“Operator efficiency was the driving force behind the Kinetic Energy Recovery trailer innovation. Our customers are always looking for ways to reduce their fuel consumption and overall carbon footprint, especially in demanding applications such as heavy terrain or continuous urban transport,” said Head of Engineering at SDC, Jimmy Dorrian.

“Road haulage accounts for over a fifth of the EU’s total CO2emissions, so a trailer solution that can reduce this amount by up to 25 per cent will have significant benefits to both the operator and environment.”