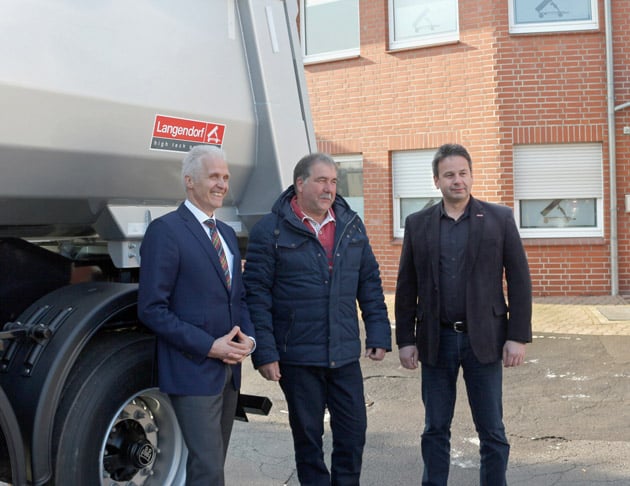 For the first time in the company’s history, German trailer manufacturer, Langendorf, has breached the 1,000-sales mark during the 2014-15 season.

According to Langendorf, the last order taken in for the last business year – spanning October 2014 to September 2015 – was numbered 1,001 and has now been delivered to the customer, a transport business from the German state of Brandenburg.

The SKS-HS 24 steel tipper model was reportedly ordered right at the end of September – marking a historic milestone for the family-owned German OEM. During the same period last year, a total of 861 units were ordered.

Dr Klaus P. Strautmann, Managing Director at Langendorf, said the landmark achievement was a “positive sign” after a lengthy period of readjustment for the company, which gained global renown for its Inloader trailer design.

After a troubling post-GFC period, turnover has reportedly risen in line with unit sales, reaching €47 million for the last business year.

„Since 2013, the company invested about €6 million [in] new production halls and improved internal logistics,“ Strautmann said. “Changed production flows as well as a new parts supply have contributed [to the company’s resurgence], besides new machinery. Also, for the coming years, the company plans to invest between €1.5 and €2 million every year.”

Strautmann commented, “We want to retain and strengthen our status as world market leader in the field of Inloaders.

“In addition we want to make the company the state-of-the-art tipper manufacturer in Europe. There is no other manufacturer having such a long and outstanding expertise in the field of tippers – whether as semi-trailer or as fixed structure on multi-axle motor vehicles.”