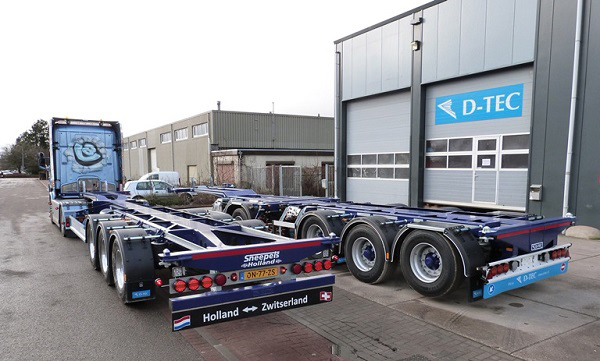 “D-Tec has introduced various new trailers over the past few years, [but] this month, two genuine 'firsts' are taking to the road,” the company said.

The 40' container chassis is said to weigh in at just 3,750kg and will be used to transport refrigerated containers between the Netherlands, Germany and Switzerland.

“[At the border,] every combination is weighed and those that are too heavy are denied entry,” he explained. “[That’s why] we were seeking a top quality trailer that was as light as possible.”

The new Combi-trailer, meanwhile, is used for both domestic transport as well as trips to Switzerland. To remain flexible, thre an option to drive the front and rear sections across the border separately, as 20' containers, as D-Tec detailed.