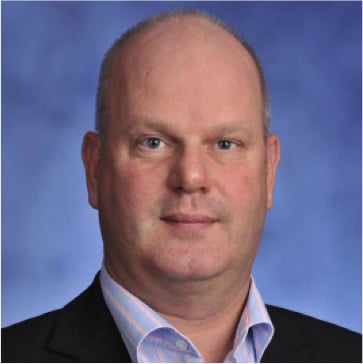 The Australian Road Transport Suppliers’ Association (ARTSA) has unveiled the first part of the speaker line-up for the upcoming Global Heavy Vehicle Leaders Summit (GHVLS) in Melbourne – with a special guest making his first-ever appearance in Australia.

Overseeing the procurement processes for a 64,000-unit strong fleet that covers some five billion kilometres every year, Dutch-born Sijs is considered one of the most influential people in Europe’s transport equipment industry.

Having to replace up to 15,000 trailers annually, TIP Trailer Services spends an average of €30 million (AU$47.7 million) per year on parts alone – prompting Sijs to work closely with component suppliers and OEMs to leverage the latest in technology and develop new strategies to create competitive advantages.

Most recently, he collaborated with German braking specialist Knorr-Bremse on the development of the company’s award-winning iTAP system with FleetRemote functionality, which allows transport businesses to monitor trailer specific telematics data remotely and retrieve it via public WiFi access points.

Sijs will be heading up a program that includes some of the world's most visionary transport industry leaders, including Tim Walker, Executive Vice President, Sales, at US company Truck-Lite, and Gerard Waldron, CEO of Australia’s ARRB Group.

Walker, who has been part of the last GHVLS line-up in 2014 and is set to return for a second stint in May, will share his knowledge on international business development and brand building in a time of extreme volatility, and give the audience an insight into the next generation of high-tech LED lighting.

Waldron, meanwhile, is known as the driving force behind the autonomous vehicle debate in Australia and will share his unique insights into driverless technology at the Summit – potentially changing the entire industry’s agenda along the way.

The 2016 edition of the GHVLS will be supported by Foundation Sponsor BP, which has assisted ARTSA in bringing a new type of leadership event to Australia since 2014.

The next incarnation of the event in May will take place on 3-4 May ahead of the Melbourne Truck Show. Limited tickets are now on sale via the website.