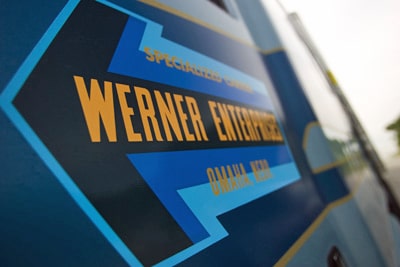 Werner Enterprises has announced its 2015 results and the retirement of Vice Chairman, Gary L. Werner.

According to Werner, total revenues fell two per cent while trucking revenues grew six per cent.

Announced with the results, after more than 40 years of service Gary L. Werner will retire from the Board of Directors and as the Vice Chairman of the company effective 12 February.