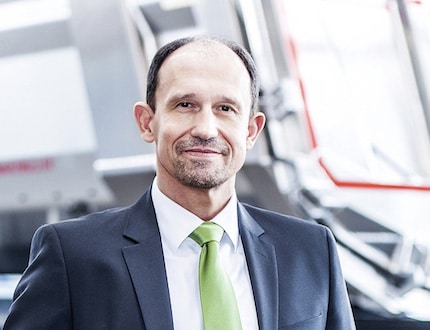 Jan Willem Jongert has announced his immediate retirement from the role of CEO at Austrian OEM, Schwarzmüller.

He will be succeeded by current COO, Roland Hartwig, as Chairman of the Board, Dr Johannes Hochleitner, confirmed yesterday.

Hartwig’s inside knowledge of the business would ensure a seamless transition, Hochleitner said in a media release.

With Jongert representing a phase of restructuring and brand realignment, Hochleitner explained that Hartwig would now symbolise a new phase in the Schwarzmueller narrative that will see the brand expand internationally.

The first Chief Executive to not be recruited from within the owner family, Hochleitner praised Jongert for his work in readjusting the Austrian OEM and achieving growth of more than 30 per cent during his two-year tenure.

Ex-Linde executive Hartwig joined the company in early 2016 and has since been responsible for the brand’s international production processes.