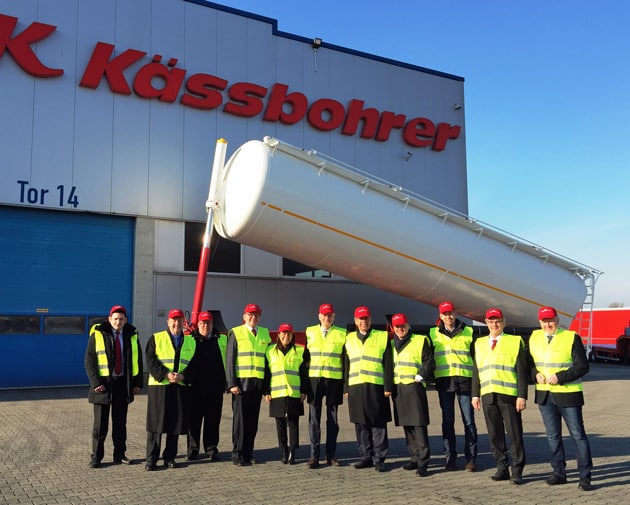 Trailer manufacturer Kässbohrer, part of Turkey’s Tırsan Group, has announced it will be co-operating with Germany’s Rhein Waal University to advance training initiatives in the semi-trailer industry.

Based in the town of Goch, some 40km south of Nijmegen, Kässbohrer has already established partnerships with Aachen University as well as Leibniz Institute in Postdam.

“The German semi-trailer industry is taking the lead in the European market, showing the pertinence of our decision to invest in Germany,” he added – pointing out that local collaborations were vitally important to the company’s success and that 80 per cent of Kässbohrer’s suppliers are now German-based.

Dr Gerhard Heusipp from Rhein Waal University said, “I believe we will develop successful projects together. I hope today will be the start of a new co-operation [to focus on] lean production applications, apprenticeship training opportunities and R&D partnerships.”