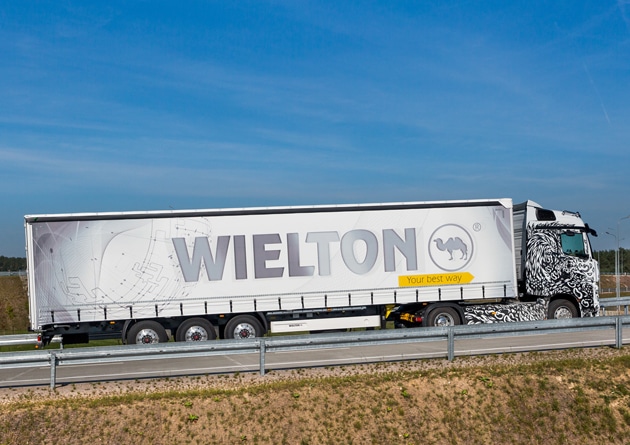 After achieving record group sales of 11,500 units across Europe in 2015, Polish OEM Wielton is reportedly focusing on Germany as a key target market for the year to come.

According to German industry publication Verkehrsrundschau, the up-and-coming trailer make managed to sell some 7,000 units last year despite a flat Russian market, with another 4,500 added to the tally by French company Fruehauf, which Wielton acquired in May.

Also adding to the record result are sales generated under the Italian Merker, Viberti und Cardi brands, which were taken on board in August.

“If you look at Wielton and Fruehauf as a group, it is now at eye level with Kögel and Schwarzmüller, or maybe even slightly above, making it the third largest trailer manufacturer in Europe,” Verkehrsrundschau said – revealing Wielton is planning to sell at least 12,000 units in 2016.

Despite 94 per cent of the German trailer market being covered by local manufacturers like Schmitz Cargobull and Krone, Wielton’s Thomas Hajek. Vice-President of the Management Board, told Verkehrsrundschau there was space to grow.

“With more than 54,000 new registrations of trailers with a GVM above six tonnes, Germany is not only the largest trailer market in Europe, but also has enormous potential in the construction and agricultural space, which is one of the core competencies of the Wielton organisation,” he said.

Hajek is planning to sell up 1,500 units in Germany annually in the long-term, a third of that in agriculture.