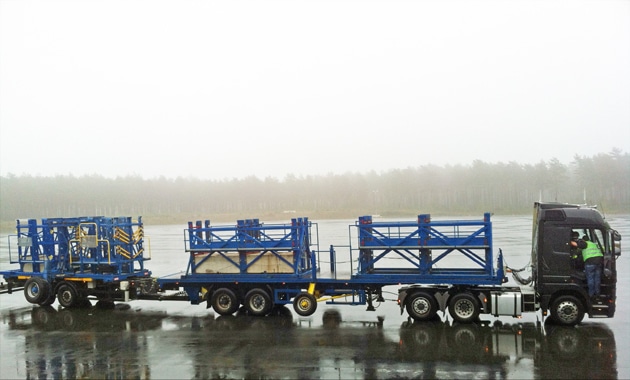 The Spanish Government has announced its decision to allow the use of European Modular System (EMS) vehicle combinations.

The new Order states that vehicles can be up to 25.25 metres and carry a weight of up to 60 tonnes on Spanish territory from the beginning of this year.

Transport operators who want to make use of the new rules need an authorisation from the Spanish authority.

The Spanish government underlined the increased efficiency, safety and competitiveness of the EMS combinations, as well as reduced emissions.

“Technical advances in the design of vehicles and road transport improvement of road infrastructure of our country currently allow authorise the movement of certain combinations of vehicles with a mass and dimensions higher than generally established, thus improving efficiency and safety in road transport and permitting operation more competitive market,” the report stated.

According to the IRU, Spain is now the seventh state that has either started trials or has authorised full use of such combinations.