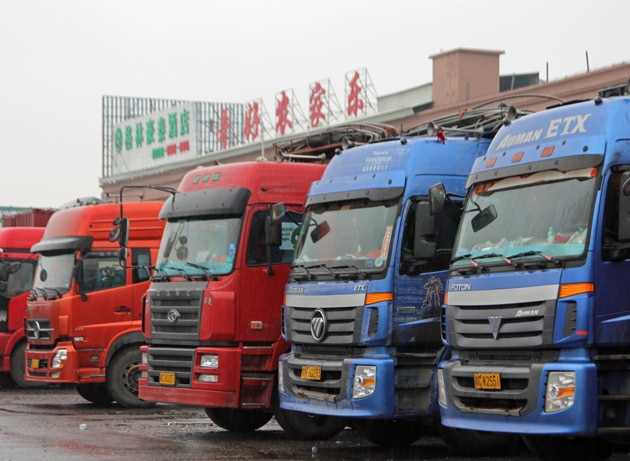 China will reportedly launch a revised and modernised set of heavy vehicle standards in 2016.

According to Mats Harborn, Vice President Asia & Pacific at the International Forum for Road Transport Technology (IRTT), the new directive will affect both masses and dimensions of heavy commercial vehicles in the People’s Republic.

“Technically such standards have existed for decades, but now is the first time that they will be written in a truly meaningful way,” he told Global Trailer. “And finally, the Government will ensure strict enforcement as well.”

According to Harborn, the updated GB1589 standards are considered a revolution for the Chinese transport and logistics industry, as well as for truck and trailer manufacturers operating in the country.

“The two starting points when writing the new standards have been efficiency and the creation of a level playing field,” he explained.

“Efficiency begins with standardised loading pallets, which are still not widely used in China but form the basis of all dimensional standards in the world.”

Harborn said with rising labour costs in the Middle Kingdom, the transport and logistics industry is expected to be automated rapidly, which will require standardised loading platforms so that storage systems, forklifts, trailers and packaging dimensions are aligned.

“That journey starts now in China and it will pick up speed as we move along. Soon heavy vehicles will be produced according to standards that will make them an integral part of a unified transport system.”

With the Government planning to strictly enforce masses and dimensional standards for road transport vehicles, operators will now have to compete by providing better service and being more innovative, Harborn added – “not by bending and braking rules”.

He explained, “In a level playing field scenario, OEMs will have to provide improved and competitive equipment. For example, with the maximum gross vehicle train weight reduced from 55 to 49 tonnes, equipment will have to be made lighter so as to maintain high legal payloads.”

According to local journalist Ellen Hua, however, issues around the implementation of the new standards are arising already – even before they have been officially announced.

While semi-trailers are currently limited to a maximum length of 16.5m in China, the reality can see them extend to 22m or even 27m, she told Automotive Logistics.

“[In the past], Chinese authorities have technically enforced the law by fining carriers. However, provinces and municipalities across China have applied rules differently, often granting licences to equipment even though it violates national standards,” she said – pointing out that the alignment process will be complex and long-winded, with overloading the main issue to be addressed.

According to Hua, there will be a transitional period of about two years to implement the new standards, with a number of proposals still under discussion, including eliminating the most egregious violations first.

The news of the standards update come on the back of a subdued outlook for 2016, with truck sales expected to remain subdued for the foreseeable future.