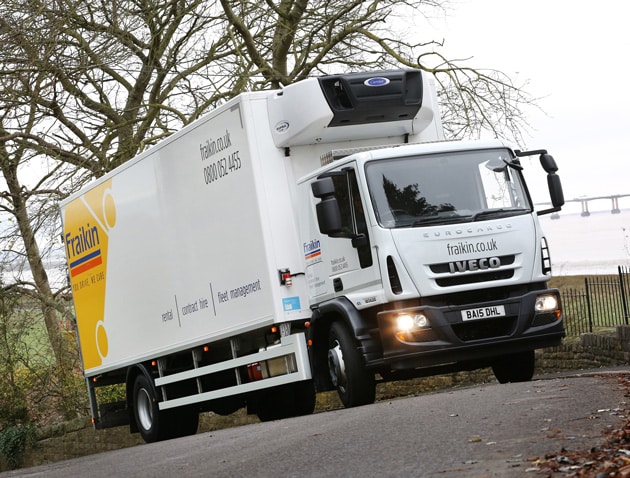 UK company Fraikin has added more than 30 new temperature-controlled vehicles to its rental fleet as part of a £13 million (€17.9 million) fleet investment.

The order reportedly consists of some 20 Mercedes-Benz Sprinter light commercial vehicles as well as a number of rigid trucks, all of which fitted with Carrier refrigeration technology.

According to Fraikin, the vans are equipped with Carrier Transicold Xarios 200, 300 and 500 systems, while the rigids feature the company’s multi-temperature Supra 750 MT and 1150 MT units.

The Supra 750 MT and 1150 MT systems were chosen for a combination of Eurocargo, DAF LF and CF rigids to cool bodies developed and built by Solomon Commercials.

“The key to ensuring high rental asset utilisation is investing in the most hireable vehicles in the first place. Most of our customers are already familiar with Carrier Transicold units and trust them to protect the cold chain and deliver a hassle-free rental experience,” said Mark Newnes, Operations Director at Fraikin.

“The breadth of performance offered by the Xarios and Supra systems allows us to ensure we have a solution for just about any light commercial vehicle or rigid truck application. Plus we have confidence from our experience of working closely with Carrier that the units will be cost-effective for our customers to operate, whilst having as little environmental impact as possible,” Newnes added.

Fraikin added that its 2015 rental order marks the largest annual investment in its hire fleet for a decade, with 216 dry freight and temperature-controlled vehicles entering service at Fraikin branches nationwide this year.