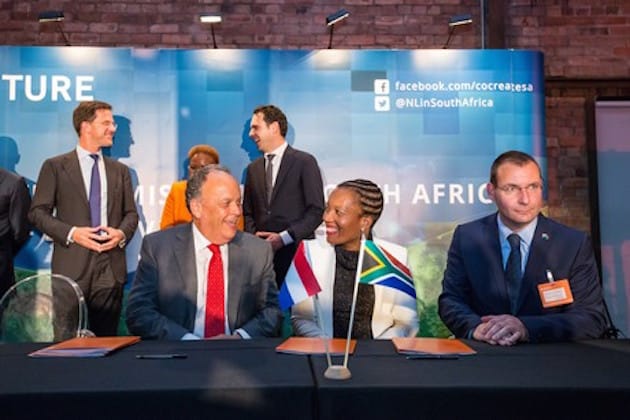 Several Dutch and South African companies have signed a letter of intent for agriculture logistics cooperation as part of the Netherlands’ Flying Swans initiative.

The South African transport company, Transnet, has reportedly also given its support to the collaboration.

The goal of the signatories in this specific area is to jointly implement improvements in the South African agro-logistics system, with a focus on an unbroken cold chain.