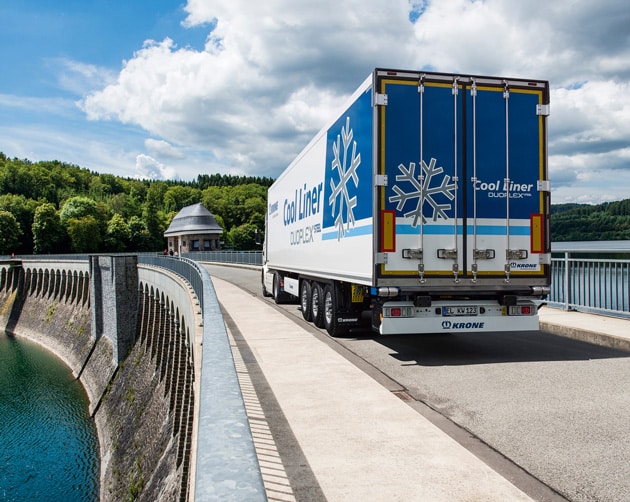 Despite what has been labelled a “difficult business environment”, German trailer manufacturer Krone has seen stable sales of about €1.6 billion during 2014-15.

Krone, which is also active in the agricultural machinery business, said 29.4 per cent of the group sales were generated in Germany last year, a slight increase over 2013-14, while international sales declined slightly by about one per cent.

The commercial trailer division contributed 68 per cent to domestic sales and 65.4 per cent to international sales, making for a total of about €1.1 billion.

“Selling 30.3 per cent of its products within Germany, the division generated €328 million on the German market, thus achieving a growth of more than eight per cent,” the company explained. “Sales in foreign markets amounted to €755.9 million, with the Western European markets accounting for 45.5 per cent and Eastern Europe for 21.4 per cent.”

Looking ahead, Krone is planning to reorganise the commercial trailer division under a project dubbed ‘Pogress 2020’. The plan is to “synchronize” the company’s five German commercial trailer and axle production sites as well as the factory in Tire, Turkey, to “maximise the division’s efficiency, product quality and data communication”.

“The initiative aims at positioning the company closer to its customers in new and existing markets and strengthening existing customer relationships,” Krone commented.

However, the company is still conservative about the year ahead, with Managing Director, Bernard Krone, saying there may be a period of regrouping ahead.

“The expiration of EU milk production quotas and the consequences of Russian Ukrainian crisis have naturally had an impact on Krone as well. Considering these factors we are indeed satisfied with how business developed in the 2014/2015 fiscal year,” he explained.

“Nevertheless, we are currently experiencing a fierce competition in both markets – agricultural machinery and commercial trailers. Besides, our sales have shown a steady growth in past few years and logically, this trend cannot be expected to continue every year.

“Consequently, the Group’s projections for the current fiscal year are moderate and anticipate a decrease in sales by a single-digit percentage.”