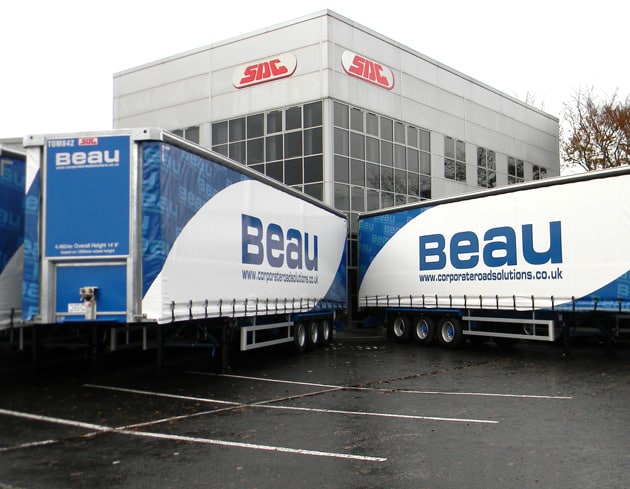 TOM Vehicle Rental has placed an order for 155 new SDC Trailers as part of a £130 million (€183 million) fleet investment.

According to SDC, some 52 trailers have already gone into production at the company’s Toomebridge and Mansfield manufacturing plants in 2015, with a further 103 trailers on the build sheet for 2016.

The trailers include a mix of 4.2m, 4.4m, 4.5m and 4.8m curtain-siders with specifications and livery tailored to suit TOM’s wide-ranging customers. The vehicle rental company has also ordered a number of 4.8m tri-axle step-frame curtainsiders from SDC.

Robert Stewart, TOM’s Group Managing Director commented, “we placed the order for 155 new curtain-sider trailers with SDC as part of our growth and fleet renewal program.

“We currently have over 10,000 vehicles available throughout the UK and are on schedule to double our hire fleet over the next three years. Quality and customer satisfaction are key to the growth and success of TOM as we explore a range of new business avenues and SDC trailers have always served us well in the past.”

As 2015 comes to a close, the deal has secured SDC “another record year of trailer manufacturing”, with some 9,400 new trailers engineered at their facilities in Mansfield (Nottinghamshire) and Northern Ireland throughout the year.