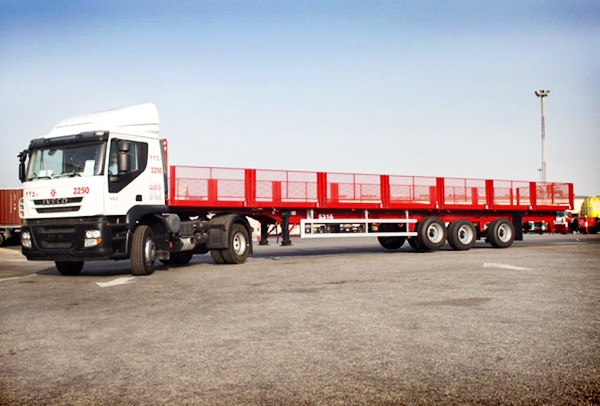 Northern Ireland’s SDC Group continues to expand in the Middle East and has now secured a number of orders for new trailers and aftermarket parts in Saudi Arabia.

According to Export Sales Manager, Stephen McIvor, the company’s most recent success message can be linked back to the official launch of a regional subsidiary, SDC Middle East, at the start of 2014.

“We have seen a steady number of enquiries from Saudi Arabia and Dubai following the SDC Middle East launch event in January,” he said.

“It’s been a busy year for SDC Middle East and with a wealth of opportunities in this sector [and] I am confident we will continue to increase our market share with specialist trailer builds, backed by our first class aftermarket Parts service.”

According to McIvor, the latest trailer order was placed following a series of discussions and a recent trade meeting hosted by Invest Northern Ireland in Jeddah. “Operators in the Middle East rely heavily on recommendations and the completion of each order has opened more doors for us,” he explained.

“The robustness and durability of SDC Trailers offers a great appeal as operators can see the difference in quality provided by SDC. Our trailers are sturdier and longer lasting many of the other products currently in the market and the ability to customize our products also adds value.”

SDC’s Truck and Trailer Parts division is also working actively in the region, McIvor added, having secured US$150,000 (€140,000) worth of commercial vehicle parts business in the Middle East over the past few months.

“SDC Truck and Trailer Parts stock over 15,000 products from axles, suspensions, ABS and air brakes, to electrical components, landing legs, body and general parts. SDC have a team of parts representatives dedicated to ensuring the highest level of service to their customers in the Middle East.”

McIvor said the positive news come on the back of a highly successful year for the Northern Irish OEM. Backed by a new 30,000 square foot (2,800m2) production facility that is able to manufacture up to 200 trailers per week, SDC is estimating a production output in excess of 9,400 trailers for 2015, which would place it firmly among the top five trailer manufacturers in Europe.