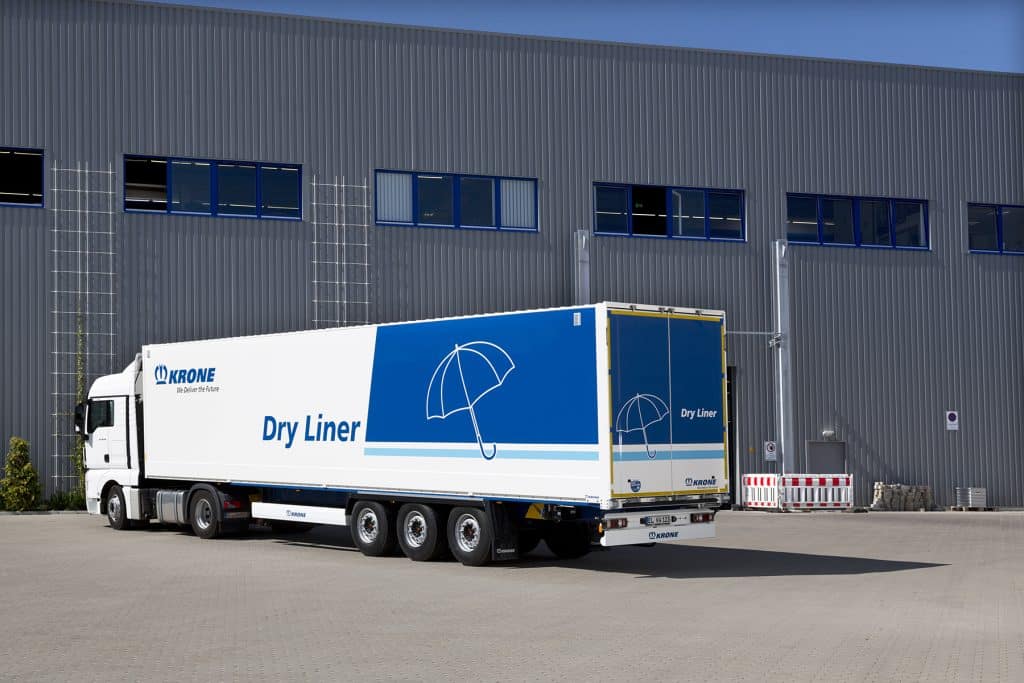 According to Kersey Freight Fleet Manager Robert Steele, the Krone Dry Liners have their hinge pins on the inside, removing the opportunity for illegal migrants to remove the door and enter the trailer.

“These box vans have a low profile roof (no roof bars) which gives us increased load capacity: Sometimes it means we can get an extra layer of goods in the trailer when loading to the roof. Also, the roof is strong, which is an added plus for security. We have found roofs on other box vans to be flimsy, which has led to leaking roofs and damaged goods,” said Steele.