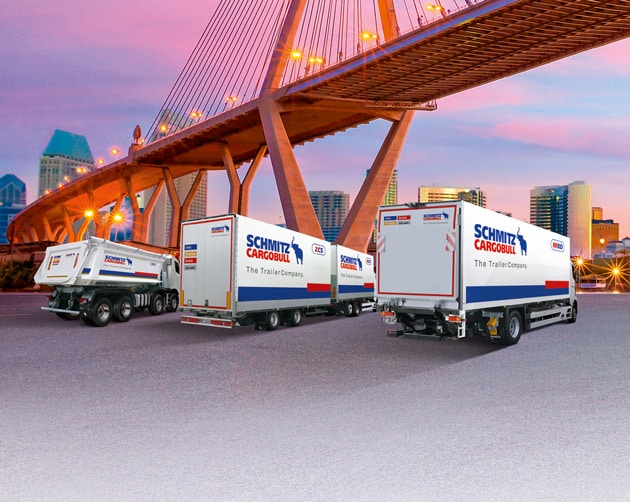 A strong performance in Spain, France and the United Kingdom has offset declining sales in Russia for German OEM Schmitz Cargobull.

The Horstmar-based company produced some 44,000 vehicles in what was called a “turbulent” business year, but managed to defend its position as the top-selling brand in Europe.

According to Ulrich Schümer, Chairman of the Board, revenue for the past business year amounted to €1.589 billion (previous year: €1.625 billion), with the company’s new ‘Genios’ trailer generation driving much of its growth at the beginning of the year.

EBITDA (earnings before interest, taxes, depreciation and amortisation) for the year amounted to €53.2 million.

“Although we did not quite achieve our turnover target, we at least succeeded in maintaining the previous year's level,” Schümer commented, blaming the political standoff between Russia and Western Europe for the shortfall.

“Russia reacted to sanctions resulting from the Ukrainian conflict by embargoing food imports. The loss of the transport volume, the drastic decline of the ruble, and the on-going European financial crisis unsettled the logistics sector.

“Demand [therefore] declined significantly in the second half of 2014,” reports Schümer. „But in Q1 2015, incoming orders rose again.“

According to Schümer, one highlight oft he past fortnight was the completion of Schmitz’ new factory in Wuhan, China.

In December 2014, Chinese authorities granted the production licence to the joint venture with the Dongfeng Motor Group, with the initial pilot series of 100 units rolling off the line in March.

With the completion oft he project, Andreas Schmitz returned to Germany and handed the job of running the China business over to new CEO, Bradley Hartsell.