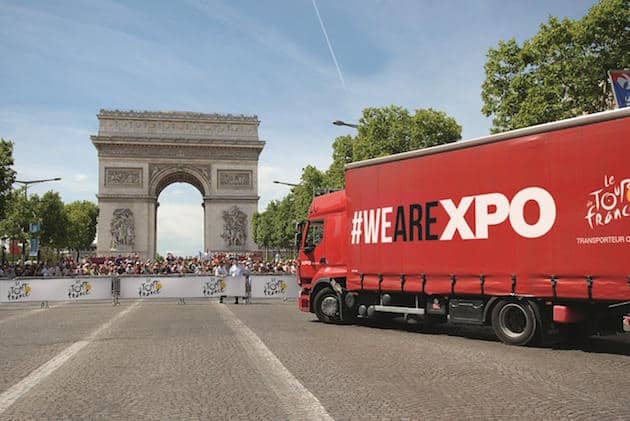 XPO has announced the acquisition of trucking company Con-way Inc. for $3 billion (€2.68 billion), capping a run of acquisitions including the $3.5 billion (€3.12 billion) purchase of French company Norbert Dentressangle SA in June.

The deal will increase XPO’s annual revenue to $15 billion (€13.38 billion), more than six times the $2.4 billion (€2.14 billion) revenue reported in 2014, reported the Wall Street Journal, and puts XPO directly into the trucking business in the US for the first time.

XPO Chief Executive and Chairman, Bradley Jacobs, said by operating its own fleet, XPO can chase bigger contracts with shippers.

“By having at least a minority component of assets in the business mix, we…get a bigger seat at the table with customers,” Jacobs said, adding that amassing trucks and other physical assets is “not our base plan.”

XPO has made more than a dozen acquisitions since 2011, and the company has set a target of $23 billion in annual revenue in 2019. The Con-way deal, which XPO expects to close in October, likely marks the last major deal for the logistics company in the short term, Jacobs said. However, he didn’t rule out smaller purchases in the coming months.

Con-way’s management won’t be joining the combined company, though Chief Executive, Douglas Stotlar, will remain on board for a few months in an advisory role, Jacobs said.

Meanwhile, Hervé Montjotin, Chairman and Chief Executive of the XPO Logistics’ European arm, has resigned three months after coming into the business with the Norbert Dentressangle acquisition, reported the Wall Street Journal.

Chief Operating Officer, Troy Cooper, was appointed to lead XPO Logistics Europe while retaining the global COO position, the company reportedly said in a filing with the US Securities and Exchange Commission. XPO said Cooper resigned from the Norbert Dentressangle supervisory board in accordance with governing regulations.

“Hervé is a great executive, but we both agreed that the organisational chart would be more effective if it was leaner and didn’t have an extra layer of management,” Jacobs said in an emailed statement.

“We manage the organisation in a highly integrated way.”

XPO said Friday that no other former Norbert Dentressangle leaders were departing and that Montjotin had signed a non-compete clause in his contract with XPO.