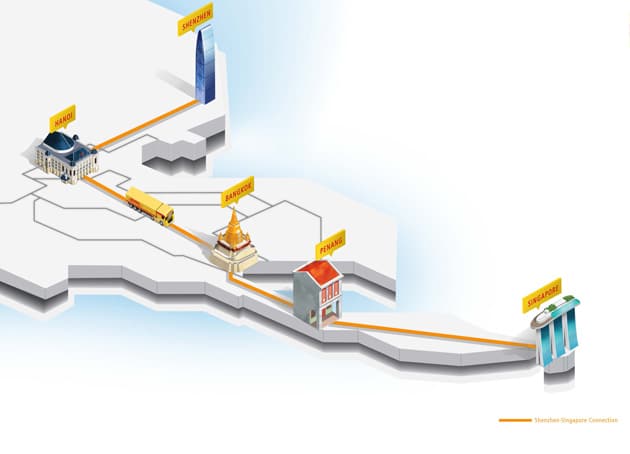 According to DHL, the new service is a reaction to the acceleration of road freight growth in the Asia Pacific region, which is forecast at an anticipated compound annual growth rate of 8.3 per cent from 2014-2019 and expected to drive the sector to a value of US$822 billion (€757 billion) by the end of 2019.

What's more, the five-city interconnecting road freight network comes at a time when China's 'One Belt, One Road' initiative is taking shape and expected to strengthen cross-border economic ties in markets between Europe and Asia.

“We are confident that intra-Asia trade will continue to grow and our road freight network stands ready to support the potential trade expansion from these initiatives.”

With the ASEAN Economic Community (AEC) set to be established by the end of 2015, Leung is expecting a “thriving ASEAN region” amid the free movement of goods, services, investment and skilled labour.

He explained that ASEAN's global trade hit US$2.51 trillion (€2.31 trillion) in 2013 and China consistently appeared among the top five trade partners for ASEAN members, with road freight playing an increasingly prominent role.

“Road freight offers a viable alternative to other transportation modes, providing a more cost-effective option than air freight as well as faster shipment than sea freight,” he commented.

“For instance, the transit time for ocean freight between Shenzhen and Bangkok takes around 13 days while the road freight option only takes five days. In comparison, air freight takes a shorter transit time of four days but will cost significantly more.”