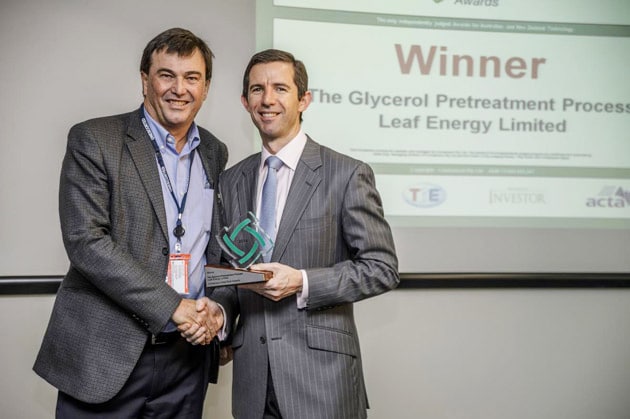 A new process developed in Australia promises to revolutionise bio manufacturing on a global scale and nudge fossil fuel-based chemicals and plastics out of the market.

Pioneered by ASX-listed Australian company, Leaf Resources, the ‘Glycell’ process uses glycerol as a catalyst to make cellulosic sugars – the key component in bio-chemicals and bio-plastics – from biomass such as waste from agriculture.

Reportedly, it does so for a fraction of the cost of technologies currently used as alternatives to fossil fuel-based industry processes.

According to Leaf Resources, Glycell arrives at a time when government and industry leaders are strengthening their resolve to get rid of fossil fuels altogether.

Compared to the so-called dilute acid process it is meant to replace, Glycell is said produce larger quantities of better quality cellulosic at a much faster rate for less than a quarter of the price – $47 per tonne compared to current market rates of $230.

According to Leaf Resources, the biomass used is predominantly waste – everything from crop stalks and stubble to hardwood offcuts – with supply considered to be almost limitless: There is currently five billion tonnes of biomass available worldwide, enough for $750 billion worth of cellulosic sugars.

“Glycell is the game changer that increases the viability of industrialising biology,” Leaf Resources said – backed by the USA National Academy of Sciences, which said the process will be as important in the next 50 years as semiconductors have been to economic growth over the last 50 years.