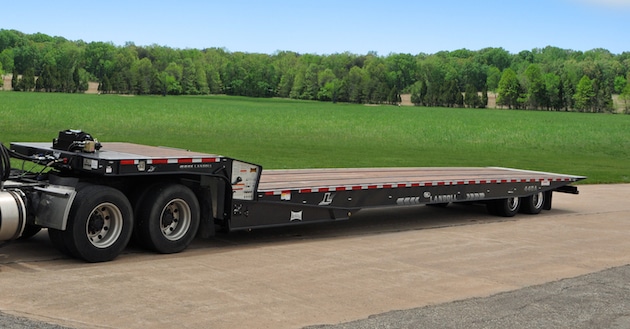 Landoll Trailers has introduced a new hydraulic operating system to its Next Generation 400 ‘A’ Series Traveling Axle trailers, which Landoll said cuts overall operation time in half.

According to Landoll, the axle travelling forward has increased by 36 per cent and moving back by 58 per cent. Tilt deck positioning has increased to nearly 63 per cent, while winch in and out speeds are closer to 66 per cent.

“The speed is the most noticeable change, but the long term value is the damage and downtime prevention,” said Gary Dwerlkotte, Landoll Trailer Sales Coordinator.

According to Landoll, removal of restrictors eliminates considerable back pressure, resulting in cooler operational temperatures and a quieter environment.

Testing occurred in the New England Region, as well as Northern Alberta and Quebec provinces of Canada, with further testing to continue for future development.