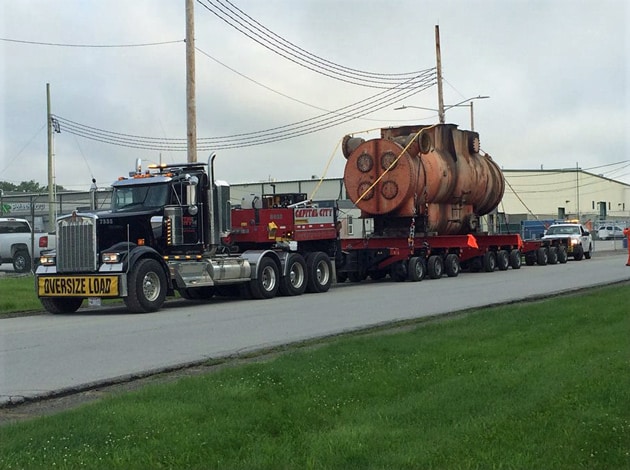 According to the company’s North American Project Leader, Paul Hönen, it is compatible with all relevant regulations in the USA and Canada.

“With its pendular axles and torsion stiff frame, the HighwayMAX is unique in North America,” said Hönen.

“The extremely high demand for this new commodity in the USA and Canada highlights its innovative character. Nine-axle heavy haul Faymonville trailers are now being used from Massachusetts to Ohio all the way to Wyoming.”

Hönen added, “Faymonville succeeded in shaking up the transport sector in North America. [Now] we want to be the market leader here.”