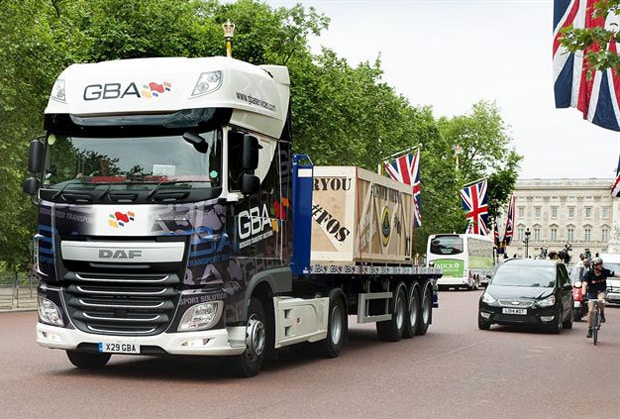 UK car brand Lotus has made headlines over the weekend with the unveiling of what is claimed to be the company’s fastest ever model, the 3-Eleven, also referred to as ‘the beast’.

Based on the latest version of Lotus’ aluminium monocoque chassis found in the Exige S and Evora 400 model, the track-focused 3-Eleven made its debut at the Goodwood Festival of Speed, ahead of a formal debut in September at the IAA Show in Frankfurt, Germany.

It wasn’t just the car itself that caught the industry’s attention, though, but the marketing campaign staged around it. Prior to the unveiling, the British brand had taken to Twitter to show the car’s journey to Goodwood on the back of a truck.

With the 3-Eleven hidden in a large crate, the teaser offered no clues as to what the car would look like – leaving the focus solely on the transport task carried out by specialist company GBA Services.

Starting at the Lotus Factory in Hethel, Norfolk, the crate was driven the 190 miles (ca. 300 km) to the Goodwood Estate in West Sussex with maximum media attention, passing some of the London’s best known landmarks along the way.

“As a long standing supplier to Lotus Cars and the automotive industry as a whole, our expertise lies in the commitment to meeting and surpassing customer requirements, no matter what they may be.

“Every job is a priority for us, no matter its size, location or security specification – so we’re pleased to have played a part in transporting such an exciting cargo,” commented David Birkbeck, Managing Director, of GBA Services.