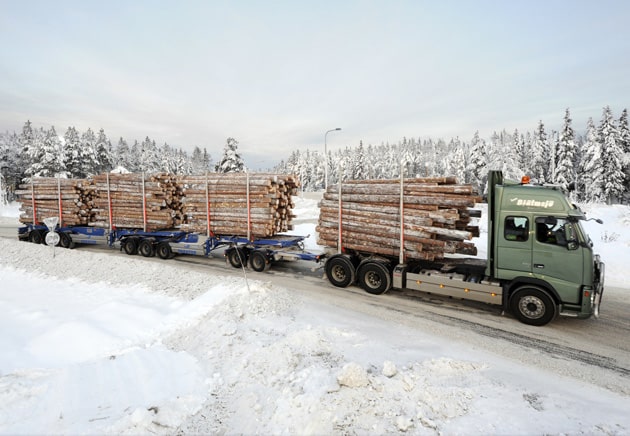 “Now we can drive with a Gross Vehicle Weight (GVW) of 64 tonnes, as compared to 60 tonnes, which was the limit until last week,” commented Johan Granlund, Chief Technology Officer for Road Technology at global consulting company WSP and a Member of the Board of the International Forum for Road Transport Technology, IFRTT.

“Nine trucks can now do the same job ten trucks did yesterday. The reform provides benefits for the environment, road safety and not least for business competitiveness.”

Granlund also told Global Trailer that heavy vehicle combinations now have to span at least 20.2 m from first to last axle to be eligible for carrying extra tonnage.

“Many existing vehicle combos are complying with this, especially timber logging combinations in Northern Sweden. But due to more narrow road sections, many of the corresponding logging timber trailers in Southern Sweden are shorter. Therefore they do not comply with the 64 tonnes regulations.”

While the new law only came into effect on Monday, the Swedish Parliament is already discussing lifting the limit to 74 tonnes – albeit under the condition that no freight will be moved from rail to road. A first report is expected at the end of November and will also look at Finland as an example, which is allowing for a GVW of 76 tonnes since 2013.

Granlund is expecting the document to also discuss an extension of the total vehicle length to 34 m, he said. Currently allowed are 25.25 m.